This original reporting from the OptOut Media Foundation was produced in partnership with the Important Context newsletter and the Center for Media and Democracy.

Candace Owens promised big things in October 2018 when she launched her Blexit Foundation.

“Today, in this room, I’m so excited because we’re going to launch in front of the world a movement—a movement that will forever be remembered as a piece of American history,” Owens proclaimed in a speech she dubbed the "Black State of the Union."

Speaking to Fox News later, Owens described her new 501(c)(3) nonprofit as an organization created to lead “a Renaissance” and “the Black exit from permanent victimhood, the Black exit from the false idea that we are somehow separate from the rest of America.”

Owens promised to deliver nothing short of a tectonic shift in American politics: a realignment of a critical Democratic voting bloc—namely Black Americans—to the GOP.

More than four years later, however, the political movement she promised has failed to materialize. Black voters continue to vote overwhelmingly Democratic. Although recent years have seen more Black men shift to the right politically, as of this past October, only 4% of Black voters said they would cast a ballot for a Republican congressional candidate.

While Owens’ movement has struggled to catch on within the communities she has targeted, one demographic totally bought into it: wealthy white conservatives looking to influence elections.

Owens’ personal political journey has been a complicated one. In high school, she sued the Board of Education in Stamford, Connecticut for failing to protect her from racist threats from other students. With the help of the NAACP, she got a $37,500 settlement from the case. She then became a liberal blogger, only to later reinvent herself as a MAGA activist and conspiracy theorist. In 2018, Owens began working as communications director for rightwing activist Charlie Kirk’s dark money group for college students, Turning Point USA (TPUSA). But she resigned the following year after video surfaced of her defending Hilter’s German nationalism at the launch of a UK branch of TPUSA.

“If Hitler just wanted to make Germany great and have things run well, OK fine,” Owens said when asked about her definition of nationalism. “The problem is he had dreams outside of Germany. He wanted to globalize. He wanted everyone to be German…. To me that’s not nationalism.”

“I don’t really have an issue with nationalism,” Owens added. “I really don’t. I think it’s important to retain your country’s identity and to make sure that what’s happening here—which I think is incredibly worse in terms of the decrease of the birth rate that we’re seeing in the UK—is what you want to avoid.”

The remarks prompted several campus chapters of TPUSA to post a public letter calling on Owens to resign. However, once she did, the conservative activist continued to maintain a close relationship with the organization. Last month, she spoke at the group’s AmericaFest 2022 celebration.

With her Blexit Foundation, Owens seeks to facilitate rightward political journeys for other Black Americans. On its colorful website, the group boasts that it is “dedicated to the advancement of urban and minority communities by encouraging youth to seek and take advantage of opportunities in 21st Century America.” It promises to “promote educational initiatives” and “pursue criminal justice reform.”

At its core, however, the organization promotes decades-old conservative capitalist ideas like “the importance of free markets and entrepreneurship as the antidote to poverty.” Owens and her group present themselves as a counterforce to Black Lives Matter, reject the concept of systemic racism, and see any type of social safety net as oppressive. In a 2018 interview, she denied that police brutality targeted at Black and brown Americans is a widespread problem. At the Blexit launch, she said progress “can only come from a change of mindset.”

Since its inception, the Blexit Foundation has clearly set itself up to cater to wealthy white conservatives, receiving significant support from them as a result.

The family foundation of Texan Darwin Deason, a white billionaire businessman from Dallas known for being one of the largest shareholders of Xerox, gave $190,000 to Blexit in 2020. He and his son, Doug, who is a Blexit Foundation board member and TPUSA adviser, have funded a number of conservative causes over the years, including TPUSA and Charles Koch-backed operations such as Americans for Prosperity, Stand Together Foundation, and Texas Public Policy Foundation.

The Laura and Isaac Perlmutter Foundation—the charity of conservative Israeli-American billionaire Isaac Perlmutter, the chairman of Marvel Entertainment, and his wife—donated $250,000 to the Blexit Foundation in 2020. The Perlmutters have also contributed to TPUSA.

The foundation of investor Thomas W. Smith donated $100,000 to the Blexit Foundation in 2020. Smith is a major funder of the anti-critical race theory movement and is also known for financing TPUSA, denying climate change, establishing the foundation behind rightwing media site The Federalist, and hosting other conservative causes.

The Maston Family Foundation, the charity of Maston Money CEO Mark Maston and his wife Melissa, gave $10,000 to Blexit in 2020.

That same year another $20,000 came from the GoGo Foundation, which has donated to TPUSA, the American Legislative Exchange Council (ALEC), PragerU, State Policy Network, True the Vote, Freedomworks, and other conservative projects. The foundation is tied to the prominent Rensselaer family. The modern-day Rensselaers, who descend from the Dutch co-founder of the Dutch West India Company, have played a prominent role in American politics going back centuries.

Megadonor Rebekah Mercer joined the board of the Blexit Foundation in 2021. She and her father, Robert, are among the most ultra-rightwing funders in the U.S., having bankrolled extremist rabble-rouser Steve Bannon’s career, as well as climate denial organization the Heartland Institute. While tax records do not link the Mercers to the Blexit Foundation, it’s very likely that the family is funding it given the younger Mercer’s position on the board.

Other funding for the Blexit Foundation has come from groups not affiliated with any particular individual or family. The Center of the American Experiment, for example, gave Blexit $50,000 in 2020. A libertarian think tank, it was founded by Mitch Perlstein, who served in the Department of Education during the Reagan and Bush Sr. administrations, and is headed today by former litigator John Hinderaker. The center has also funded TPUSA, PragerU, and David Horowitz’s Freedom Center.

Significant funds have also come from donor-advised fund sponsors, which manage charitable accounts for their clients and hide the donors’ names from the public. The National Christian Foundation gave almost $440,000 to the Blexit Foundation between 2019 and 2021 on behalf of its anonymous clients. Fidelity Investments Charitable Gift Fund, the largest charity in the U.S., gave $317,000 to the Blexit Foundation in 2020 and 2021, and Schwab Charitable Fund contributed close to $50,000 between 2019 and 2021.

The Bradley Impact Fund, a donor-advised fund sponsor tied to the rightwing megafunder the Lynde and Harry Bradley Foundation, donated to Blexit for the first time in 2021, giving $10,000. Bradley’s largest grant recipient in 2021 was TPUSA, which scored over $7.4 million.

As a tax-exempt nonprofit, the Blexit Foundation is barred from engaging in “political campaign activity.” But it treads a fine line.

The group saw more than a seven-fold explosion in its funding in 2020, coinciding with the presidential election. As The Daily Beast first reported in October, the group’s income shrank significantly in 2021—even though Owens continued to collect a sizable salary of $250,000.

During the 2020 election year, Blexit also paid $1.8 million to Olympic Media, a firm that does political advertising. Weeks before the election, it held a pro-police rally in Washington, D.C., on the same day Trump held an official event on the south lawn of the White House—the first public appearance by the president since being hospitalized for Covid. At the event, Trump delivered a 15-minute speech aimed at wooing Black voters, focusing on law enforcement and investment in Black-owned businesses.

According to ABC News, emails revealed that Blexit had invited numerous Black voters to attend a "HUGE outdoor rally" and urged them to fill out a form to get reimbursed for their travel and lodging expenses. Later, the group notified its supporters that they would receive an invitation from the White House to attend the Trump rally.

As Vox reporter Katelyn Burns noted at the time, “While it was labeled an official White House function with no campaign staff involved to avoid violating the Hatch Act—which bans certain political activity by federal employees—the address was very much a campaign speech. The president began his remarks by saying, ‘We’ve got to vote these people [Democrats] into oblivion.’”

Please note that a majority of the funding identified in this article is from 2020, and due to gaps in the U.S. nonprofit disclosure law, it only accounts for roughly $1.2 million of the Blexit Foundation’s $7.45 million haul that year.

🗞️
Are you signed up for this newsletter? Did you know OptOut has three issue-themed newsletters as well? Sign up or manage your subscriptions here. 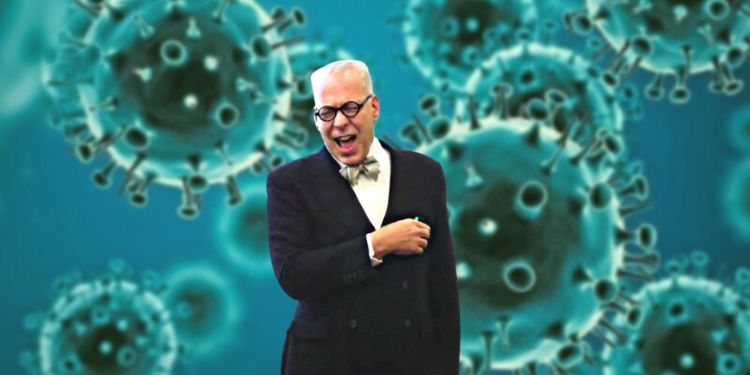 Nine large donations make up most of the 2021 budget of the Brownstone Institute, which is led by a man with a neo-Confederate past.
Jan 19, 2023
9 min read
Jul
06 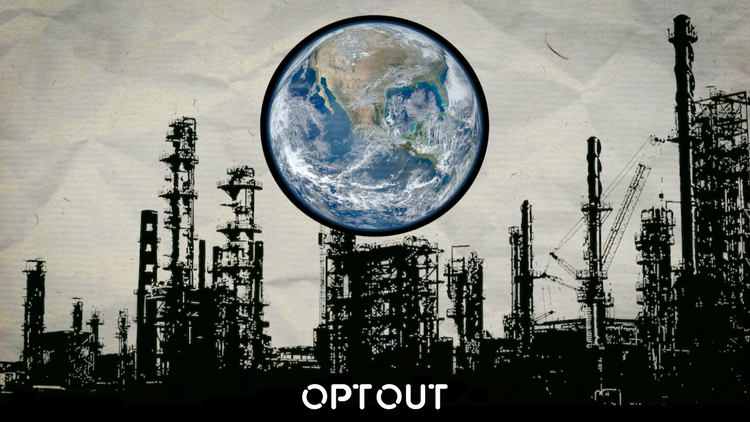